It’s the time of year when I ask you, as part of the LLCC community, to consider a gift to help those in need in our greater community.

LLCC is dedicated to improving lives through education. Another way we can help others is through our annual United Way campaign. United Way works to address the basic needs, education, financial stability and health of every person in our community.

When you make a gift to United Way, it stays local. You can designate your gift to a certain charitable organization(s), or let your gift be spread out among the many social service organizations that are part of the United Way Community Fund.

You’ll receive a sticker for a jeans day of your choosing and be eligible for United Way drawings for gift cards from local retailers and restaurants.

Our 2021 LLCC United Way Campaign officially begins Monday, Oct. 25 and runs through Friday, Nov. 5. I hope LLCC will answer the call to Live United. Learn more in this video created for LLCC by United Way of Central Illinois.

Thank you for helping our community be better together for a better tomorrow. 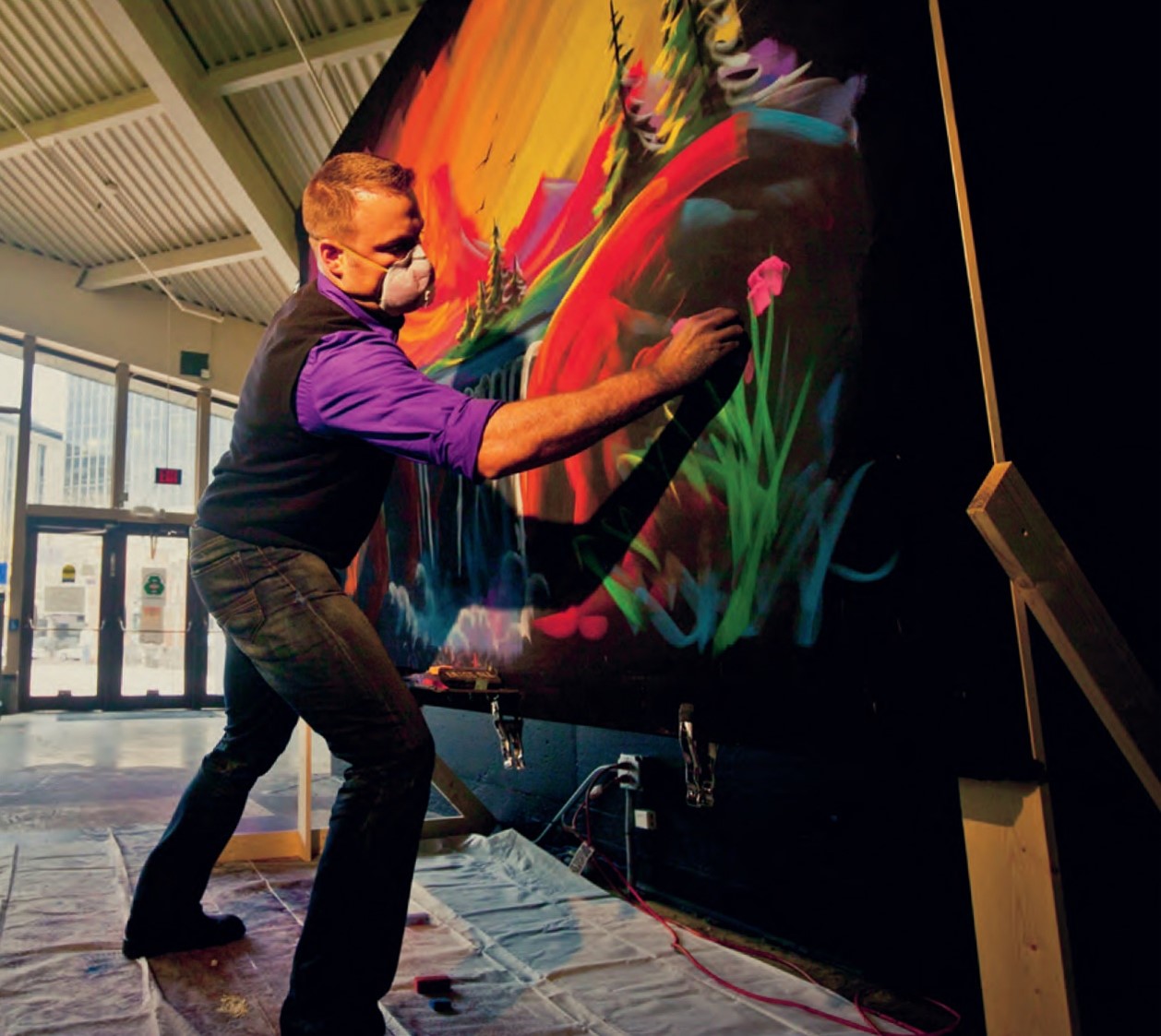 Save the date! Please join us to view a livestream of the first speaker in the Inclusivity Speaker Series on Wednesday, Nov. 3, 11 a.m. in A. Lincoln Commons. Since 1995, our speaker, Ben Glenn the Chalkguy, has been using humor to convey the positivity and unique qualities of individuals with learning disabilities and attention deficit. Ben’s personal story and art demonstrations combine into a powerful and entertaining program. He is also the author of “Simply Special: Learning to Love Your ADHD” and is the founder of the Chalkguy Lego Drive.

LLCC’s On My Own Time (OMOT) exhibit runs through Thursday, Oct. 28.  Please check it out and vote for the LLCC’s People’s Choice Award before the end of day Thursday! The artist of the favorite piece at LLCC will receive a $100 Visa gift card courtesy of the Philip and Mary Kathryn Trutter Museum. 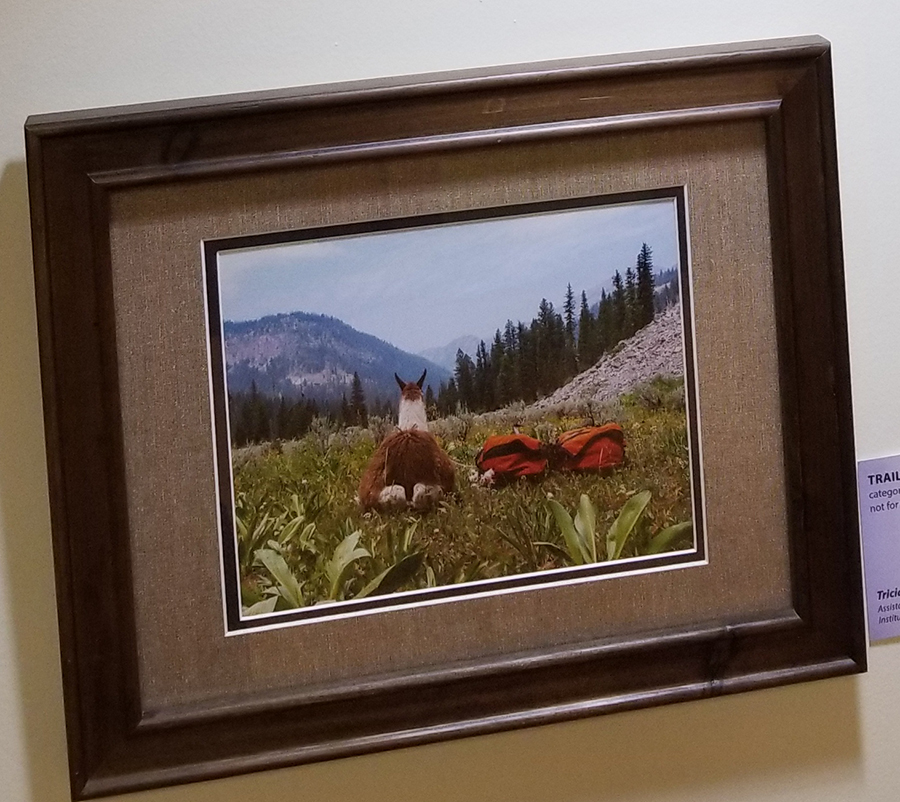 Several pieces are for sale and would make a great one-of-a-kind gift! Contact Misty or Lindee if you are interested in purchasing any of the artwork that is for sale.

OMOT is a program of the Springfield Area Arts Council offering individuals the opportunity to display original art created outside the office.

The LLCC Choir performed at the Illinois ACDA (American Choral Directors Association) Fall Conference on Saturday, Oct. 16 at DePaul University in Chicago. The program focused on hope, resilience, and rising to action in the face of personal and global crises. 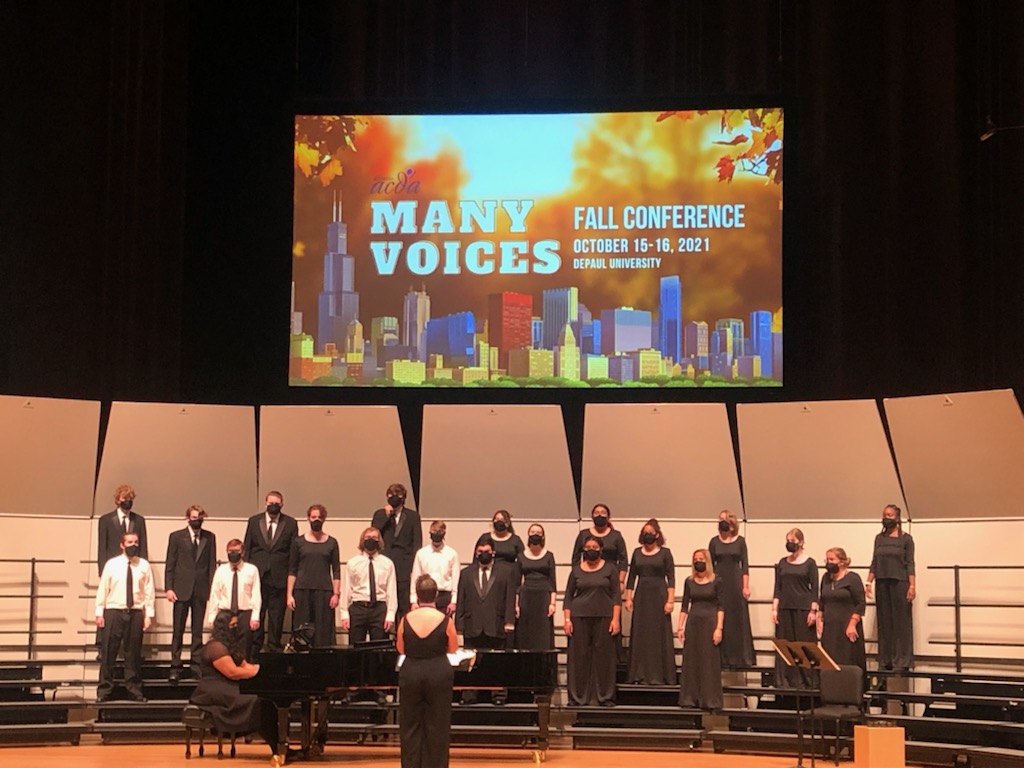 Various members of the audience, including Illinois ACDA leadership, complimented the concert to Laurie Lewis-Fritz, assistant professor of music and choir director. Comments included praise for a balanced sound and fantastic singing; compliments on the students’ enthusiasm and level of preparedness; a wonderful, emotional and meaningful program; and moments of brilliance. Comments were also made about the emotional impact of the staging of the opening song, “How Can I Keep From Singing,” which reflected how choir has looked for many groups across the world the last 18 months. The President of Illinois ACDA also noted how genuine and flexible the students were during the conference and their obvious  love of singing and spending time together. 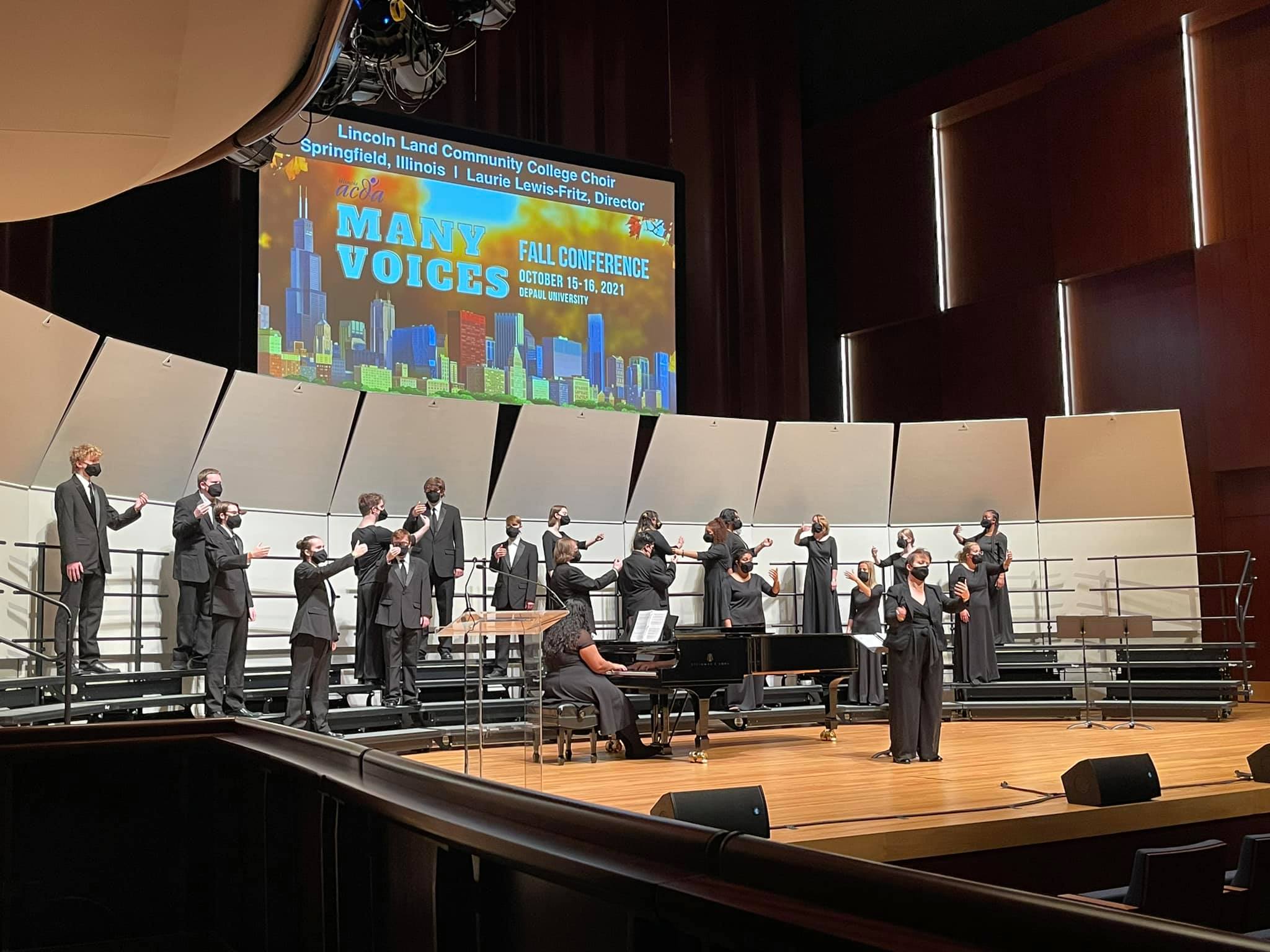 Outside of the performance, the students had the opportunity to hear the other performing choirs, attend various sessions on choral singing and sing along at repertoire reading sessions. They also learned from various speakers, including headliner David Brunner, a well-known and award-winning choral composer, and Eric Johnson, the winner of the prestigious Decker Award.

Students expressed feeling inspired by the performances and that they learned a lot about choral music. Performing at the conference deepened their love and enthusiasm for choral music and singing. The students often led standing ovations for the other performing choirs. They represented LLCC and its music program with professionalism, class, respect and joy. 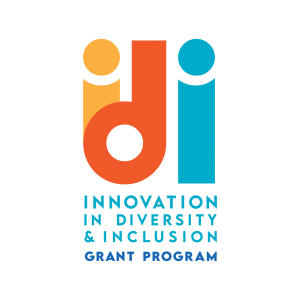 LLCC’s Innovation in Diversity and Inclusion Grant, which began in 2020-21, is once again available! It is an internal opportunity for any LLCC faculty, staff, department, student or student club, and can be used to address a need and/or to promote and celebrate diversity. The IDI Grant application process opens today, and proposals will be accepted through Jan. 31.

There is $3,500 available to be awarded in spring 2022. More information and helpful resources (standards of evaluation, project samples and more) are now available on the Innovation in Diversity & Inclusion Grant SharePoint page (be sure you’re logged in to Office 365 to access).

Have an idea? Don’t hesitate to reach out to kyle.roughan@llcc.edu with any questions.

Spring class registration begins today. Here is a graphic you can copy and paste into your email signature to promote it.

The LLCC Student Government Association (SGA) is hosting a jeans day today. All proceeds will be donated to the Sojourn Shelter & Services, Inc. If you would like to participate, please make a minimum donation of $5 in the LLCC Student Life office. If you have any questions about this event, please reach out to the SGA advisor at kyle.roughan@llcc.edu.

The employee winners of the $2,500 from the vaccination incentive program drawing were as follows:

This session will focus on the use of student-led blogs and podcasts. The presentation will cover the development of assignments that integrate blogs and podcasts as well as a discussion on student feedback. Technical tips, including setting up blogs in Canvas, and advice for those interested in creating similar course activities will be included.

Current online faculty participating in the Online Proficiency Program can receive one point for successful completion of this workshop.
Registration Link

LLCC Student Life is preparing for LLCC’s 26th annual Veterans Day Ceremony, which will be held on Nov. 11 in A. Lincoln Commons. The ceremony honors all veterans including LLCC faculty, staff and students who served in the armed forces.

Current LLCC staff and faculty who are active or inactive military are invited to share their name and branch of military with Student Life so that their service can be recognized in the Veterans Day Ceremony program. Please fill out this Veterans Day Recognition form by Oct. 28 to be recognized in this year’s ceremony. If you have any questions, please email studentlife@llcc.edu.