The 2021 recipients of the Dick Dhabalt Athlete of the Year Award at LLCC have been announced. The award winners are baseball’s Jake Curtis of Chatham and basketball’s Emily Meidel of Danville. 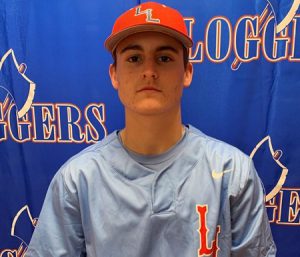 Jake Curtis is an infielder for the Loggers and ended his freshman season with a .435 batting average, 70 hits, 15, 2B, 12 HR and 47 RBIs. He was named to first team All-Conference, All-Region and All-American, and was named the region and conference Player of the Year.

“Jake was the heart and soul of our team that was ranked in the top five almost the whole season,” says Ron Riggle, LLCC athletic director and head baseball coach. “He is an excellent leader and a solid student.” 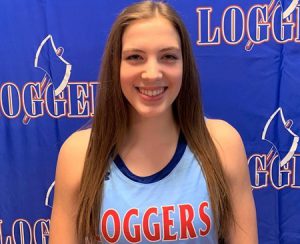 “Emily had amazing accomplishments on the court and an amazing season. She established herself as a not only a premier player in our region, but also in the nation. She is the type of player you just sit back and watch her work,” says Chad Jones, head women’s basketball coach. “What makes Emily even more special is that off the court she is an even better person and student. We are lucky to have her.”

The LLCC Dick Dhabalt Athlete of the Year Award recognizes annually one LLCC male athlete and one female athlete. The award was established in February 2015 in honor of Mr. Dhabalt, former athletic director, head men’s basketball coach and faculty member, and acknowledges his dedication to education, athletics and students at LLCC.