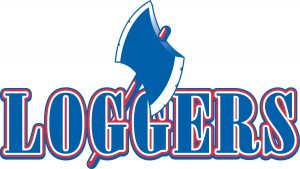 The LLCC Board of Trustees voted at its recent November meeting to make changes to the athletic program offerings at LLCC. These changes include establishing a women’s soccer program to replace men’s soccer.  This change allows LLCC athletics to better align with Title IX. Women’s soccer also has a strong local presence in the LLCC district, allowing more local athletes to stay close to home while playing college soccer.

Men’s soccer coach Pete Christofilakos will now coach for the women’s soccer team, and recruiting will begin immediately. The team will play its first games in fall 2020. Any men’s soccer players on scholarship who choose to stay at LLCC will have their scholarships honored for the second year.  Athletes wishing to transfer will be provided assistance and support in identifying other collegiate soccer opportunities.

Also, the Board approved the addition of e-sports. E-sports as an industry has now exceeded $1 billion, and e-sports viewership is currently greater than all other sports other than the NFL. Local high schools, most notably in D-186, have already implemented competitive e-sports teams. Many community colleges throughout Illinois are preparing to launch similar teams due to recent action by the NJCAA officially sanctioning e-sports and creating an e-sports league. The NJCAA league currently features the games Madden, Rocket League and Super Smash Brothers. LLCC anticipates an initial roster size of 25 for the e-sports team, and some scholarships will be available. LLCC will begin to implement e-sports immediately in preparation for the fall 2020  season, including procuring equipment, setting up an e-sports “arena,” hiring coach(es) and recruiting players.

Ron Riggle, athletic director, was interviewed by the SJ-R for a story about these developments.