The 2019 recipients of the Dick Dhabalt Athlete of the Year Award at Lincoln Land Community College have been announced. The award winners are basketball’s Katryel Clark of Auburn and baseball’s Spencer Walker of Bartonville. 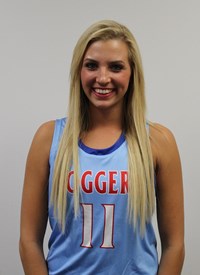 Katryel Clark received several recognitions this year. She was named to second team All-American, MWAC Freshman of the Year, MWAC Player of the Year, All-Region 24 Team, MWAC’s leading scorer, NJCAA Player of the Week selection and NJCAA Top 40 All-Star Game member. Because of her stellar year, her jersey is currently on display in the Women’s National Basketball Hall of Fame. Clark was also the leading scorer for the Loggers averaging 15.8 points per game and 9.5 rebounds. She also finished her freshman year at LLCC with a 3.77 GPA.

“Kat has exemplified what it means to be a student athlete. She has worked hard and improved tremendously in the time she has been at LLCC,” says Chad Jones, head women’s basketball coach. “Her play on the court was not only at a high level, but it was very consistent. Not only is she a great athlete, but she is an unbelievable student. She is very deserving of this award.” 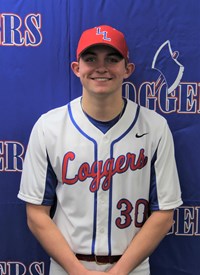 Spencer Walker is a pitcher for the Loggers and ended his freshman season with a 1.26 ERA, which is the second best in program history. Walker went 8-1 this year with his only loss being in the NJCAA World Series. He was named to first team All-Conference, All-Region and third team All-American. Walker struck out 69 batters and only allowed 53 hits.

“Spencer had an excellent year. He is very deserving of this award. His hard work and dedication have played a huge part in his success,” says Coach Ron Riggle, athletic director and head baseball coach. “We are looking forward to a great sophomore season from Spencer.”