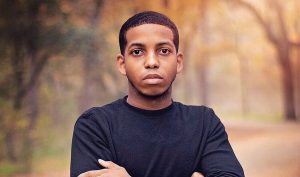 McCullough, a freshman psychology major, serves as the president of the LLCC Black Student Union and vice president of the Psychology Club, and was selected as the 2020 Homecoming King. Off-campus, he mentors at-risk youth at an afterschool program. Prior to college, he served in the United States Marine Corps.

McCullough was elected by the student body. LLCC Board Chair Wayne Rosenthal read a resolution in honor of retiring student trustee Aaliyah Kissick of Athens.

The LLCC Board of Trustees will meet virtually on Wednesday, March 25 at 5:15 p.m. Details on how to join the meeting will be shared  soon.