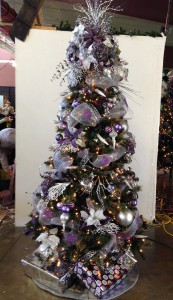 Memorial Medical Center Foundation. The event runs through Sunday, Nov. 30 and includes holiday inspirations decorated by local individuals and groups, entertainment, food, visits from Santa and more. The annual festival raises money for health-related projects and programs at Memorial Health System and in the Springfield community.

Chris Barry, director, retention and student success, is facilitating two more discussions about developing a First-Year Experience course at LLCC. The next two discussions will be about campus readiness for a First-Year Experience class (FYE 101). The first will be Wednesday, Dec. 3, from 3-4 p.m. in Menard Hall, room 1168. The second will be Thursday, Dec. 4 from 9-10 a.m. in Menard Hall, room 2215.

This is a great opportunity to provide your perspectives on the attitudes and assets on campus and how those will affect the implementation of this course. If you are interested, but cannot attend, please contact Chris at christopher.barry@llcc.edu or 786-2410.

Monday, Nov. 24: Alcohol Awareness presentation brought to LLCC by Sandra Beecher from the Illinois Institute for Addiction Recovery, noon-1 p.m. in the R.H. Stephens Room. This presentation will address trends on college campuses that not only involve alcohol consumption facts, but include alcohol addiction information as well. Free snacks will be provided. This event is sponsored by the Logger Activities Board.

8th Annual Eastside Pride Coat Drive Dec. 1-5 sponsored by Eastside Pride and the Logger Activities Board. Faculty, staff and students are invited to drop off  clean, slightly used coats to the Student Life Office Dec. 1-5. The coats will be donated to Feitshans, Jefferson, Harvard Park, Matheny-Withrow, McClernand, and Washington schools; Contact Ministries; and Helping Hands Homeless Shelter. Monetary donations may also be made to Eastside Pride for purchasing gloves and hats. Thank you for helping us keep children and families warm this winter!

The LLCC Board of Trustees conducted its November meeting last night at LLCC-Litchfield, which serves the southern region of the LLCC district.

Vice Chair Craig Findley commented that it was a pleasure to meet at LLCC-Litchfield. “Not long after I became a trustee, we began looking at how to best serve students in this area. Many good people from this 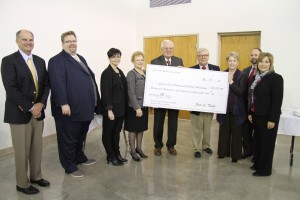 community put much time and effort into establishing this fine facility.” He introduced from the audience former Illinois State Representative and Transportation Secretary Gary Hannig, thanking him for his efforts in obtaining funding for construction of LLCC-Litchfield.

Scott Stallman, executive director of LLCC-Litchfield, Hillsboro and Taylorville, reported that the majority of students there are involved in pre-health and liberal arts programs. A growing area is in dual credit and dual enrollment programs, in which high school students can earn college credit.

Trustees voted to confer the honorary title of “professor emeritus” on Mary Ellen Monroe-White, retired early childhood education professor. To qualify, an individual must have served a minimum of 20 full-time years at LLCC and have made outstanding contributions in teaching, participation, leadership and service to the community.

Board Chair Justin Reichert expressed thanks to the LLCC response team and others working to assist Benedictine University students in transition to a new college. Trustees earlier voted to extend the in-district tuition rate to all Benedictine students regardless of address. LLCC will conduct a second admission event at Benedictine Dec. 3, following a recent transfer fair and event at that campus.

The Human Resources Office is currently advertising for three positions: anatomy & physiology/biology instructor, chemistry instructor and library access services assistant. Complete information on these positions can be found on the HR Portal.

A reminder that applications for L.E.A.G.U.E. grants are due in the LLCC Foundation Friday, Dec. 5 at 5 p.m. Approximately $10,000 will be awarded at the L.E.A.G.U.E. kickoff on March 24, 2015. Faculty and staff make these grants possible through their generous giving to the annual faculty and staff campaign each spring. Thank you!

Grant guidelines, application and budget worksheet are below, or may be obtained by calling the LLCC Foundation at 786-2785. More information is available at www.LLCCFoundation.org. Just hover over “What We Do” and click on “Educational Support.”

Terri Bailey from VALIC will be on campus Dec. 2 in the VP conference room to talk to faculty and staff about retirement needs. Sign up for a specific time slot HERE.

If you have questions, please contact Elyse Calhoun at ext 62204 or Robin Ackman at ext 62762. Thank you!