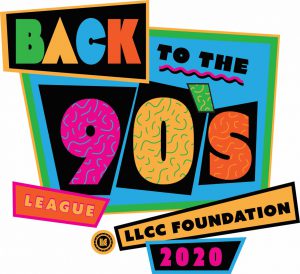 The LEAGUE Committee had some fun in store for the kickoff of this year’s annual faculty and staff giving campaign with a 90s theme. Test your knowledge of 90s trivia, and you will be entered into a drawing for a prize! Watch for questions and submit your answer by email to llccfoundation@llcc.edu to win.

The answer is (c.) Cupcake Dolls. The dolls were designed to resemble Southern Belles. Thanks to all those who submitted answers. A name will be drawn to win a LEAGUE prize.

Submit your answer before Friday by email to llccfoundation@llcc.edu for a chance to win.

If you have not made your donation to LEAGUE, there is still time. Ask for a form when submitting your answer to the LLCC Foundation. Donations benefit our students and programs. If you make a donation to the LEAGUE campaign by June 30, your name will be entered into a drawing for two $150 cash prizes made available thanks to the LLCC Cabinet.