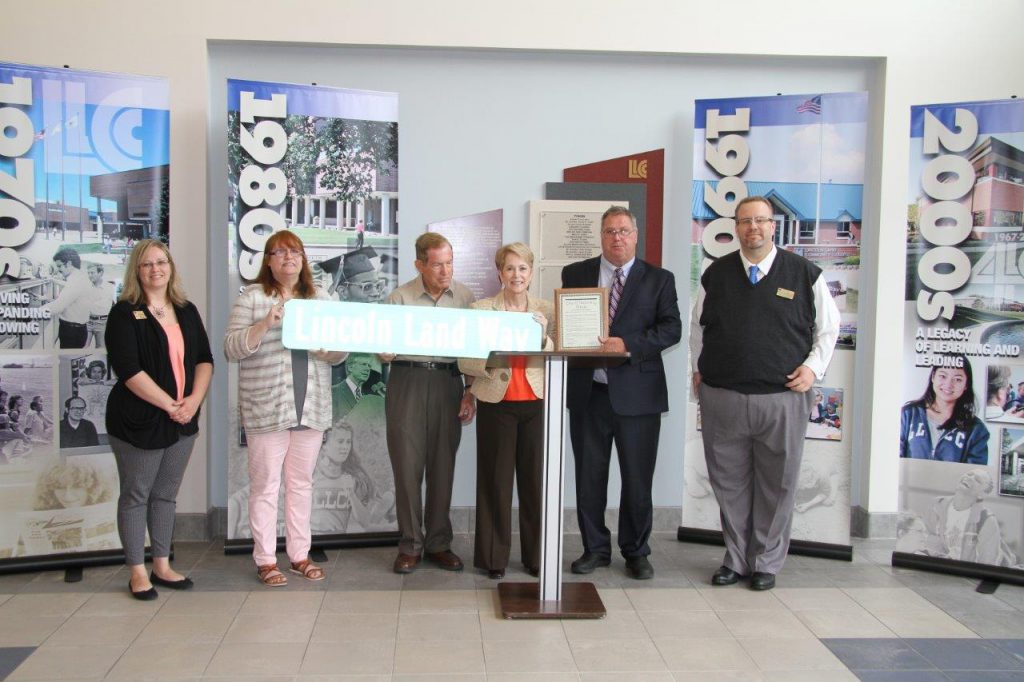 LLCC-Taylorville celebrated the 50th anniversary of the college yesterday with a ceremony in which Taylorville Mayor Bruce Barry presented a city proclamation to LLCC President Charlotte Warren. Dr. Warren then assisted Alderman Earl Walters in unwrapping a new street sign, “Lincoln Land Way,” to mark the renaming of the former Lee Norse Drive on the north side of LLCC-Taylorville. The new sign will be posted soon. The ceremony took place just prior to a meeting of the LLCC-Taylorville Community Partnership Group, formerly called the Advisory Council. The original LLCC-Taylorville celebration, scheduled for April 29, was cancelled due to stormy weather.