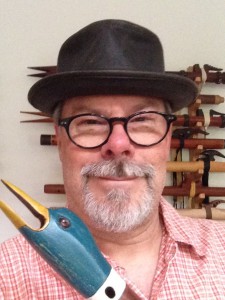 Paul Van Heuklom, professor of English, will perform a Native American flute concert in the LLCC Recital Series on Sunday, May 1. The 4 p.m. performance in the Trutter Center on the LLCC Springfield campus is free and open to the public.

Van Heuklom is a member of the Sangamon Valley Flute Circle. Although he views the Native American flute as primarily a meditative and solo instrument, he has performed at such diverse venues as Blackburn College, the Decatur Lakeside Music and Arts Festival, Cub Scouts and Boy Scouts of America, the Mary Bryant Home for the Blind, Springfield High School Multicultural Festival, LLCC Multicultural Fest and Recital Series, and the Clinton, Ill. 4th of July Celebration.