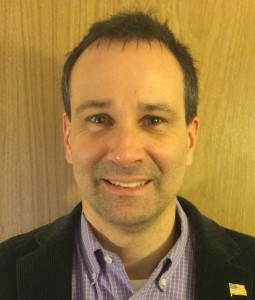 history and political science at Lincoln College and director of the Lincoln Heritage Museum. Keller will speak on “Who Does This Guy Think He Is?? 150 Years of Living, Loving and Loathing Lincoln’s Legacy.” The presentation begins at 9 a.m. in the Trutter Center.

Keller says his presentation will address the Lincoln legacy. ”From the moment of his tragic assassination 150 years ago, Abraham Lincoln was catapulted immediately into the annals of American greatness. Ever since then, America has emulated him, adored him, written about him and argued about him. While most consider him our greatest president, there have been some groups and individuals who have resisted and even scorned his legacy. Lincoln has, and remains, a more controversial and polarizing historical figure than many realize.”

Drawing upon quotes, images and other iconography in this presentation, Keller examines the disparate public and private perceptions of this man. This presentation will challenge the audience to ponder what Lincoln’s legacy means to us today, and what these perceptions say about America’s past and present.

Keller, who holds degrees from Olney Central College and Eastern Illinois University, has co-authored several books, including two 2010 releases: “Abraham Lincoln in Logan County” and “A Respect For the Office: Letters From the Presidents.” He served as a contributor to the publications “Lincoln and Freedom,” “The Oxford Encyclopedia of African-American History” and “The Essential Lincoln.” He is presently writing “Abraham Lincoln as State Legislator” for Southern Illinois University Press, due out in late 2016.

Keller has presented topics on the scholarship of Abraham Lincoln statewide and nationally. He serves on the board of the Abraham Lincoln Association, and is an advisor to the Lincoln Forum. In 2005, he was appointed to the Illinois Abraham Lincoln Bicentennial Commission and was invited to the White House for a special Abraham Lincoln commemoration ceremony. In 2009, Governor Pat Quinn and the Lincoln Academy bestowed Keller with the Order of Lincoln—the highest honor given to a citizen of the state of Illinois—and which honors individuals who have contributed to the betterment of humanity or whose dedication to the principles of public service inspire all Illinoisans. He also received the 2011 Alumnus Award from Olney Central College.