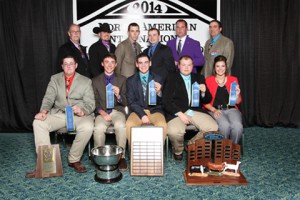 “After establishing itself as a top 10 program nationally in the last four years and pushing top five status, this was a huge difference maker for Lincoln Land Community College,” stated Craig Beckmier, LLCC agriculture professor and Animal Evaluation Club advisor. “As a result, this team has a shot at National Team of the Year for 2014-2015. There are two more national contests in the spring semester.”

In addition, Professor Beckmier of Morrisonville received the Fred Francis Coach of the High Team award and was also presented with the first traveling trophy for the overall champion junior college team.

The North American International Livestock Exposition (NAILE) is the world’s largest all-breed, purebred livestock exposition. Ten different species of livestock compete in the exposition, and the purebred beef and sheep events are the largest in the world. The NAILE is the first established national community college livestock judging contest. 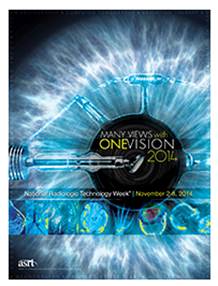 The first National Radiologic Technology Week® was held July 22-29, 1979. The annual celebration was later changed to November to commemorate the anniversary of the x-ray’s discovery by Wilhelm Roentgen on Nov. 8, 1895.
The theme for this year is Many Views with One Vision.

LLCC’s Murray Gallery is hosting the artwork of Trish Duknoski and Suzanne Traylor, LLCC students who share an enthusiasm for lifelong learning. “Amor Discendi” will be on display Oct. 27 through Nov. 20. The gallery is open Monday through Friday from 8 a.m. to 4 p.m. on the second floor of Menard Hall.

The arts tend to draw a particular group of non-traditional students, such as Ms. Duknoski and Ms. Traylor who take classes for the joy of learning and for refining their craft. The result of these two artists’ ceaseless love of learning is evident in “Amor Discendi.”

Ms. Duknoski raised a family and made her living in association management in Springfield before she was introduced to clay through an adult education class in 2000. Her true journey into the world of pottery began in 2006 at LLCC with Professor Michelle Coakes. Duknoski remembers the old crocks used by her grandparents and parents for baking and storing foods, and those childhood memories strongly influence her work. She says, “There is something exciting about sipping coffee out of a wheel-thrown ceramic cup or baking a casserole in a dish, especially when it has been made with my own hands.” Over the last couple of years, she has advanced to teaching adults through the LLCC Community Education program and continues to take classes at LLCC.

Ms. Traylor is a native of Illinois and has lived in Springfield since 1978. She worked for the state of Illinois from 1979 until 2004. Upon retirement in 2004, she began taking painting courses at LLCC. She has taken classes from current LLCC professors Thom Whalen and Al Shull, as well as multiple life-drawing classes. With a true artist’s eye for the aesthetic, Traylor deftly executes portraits of family, friends, pets and other interesting faces from the community. Though clearly a skilled painter who can work solo in the studio, she places a high value on the exchange of ideas among artists in the classroom setting.

A closing reception, open to the community, will be held Friday, Nov. 14 from 5:30 to 7:30 p.m. Light refreshments will be served.

An informational meeting about the study abroad trip to Spain is being held Monday, Oct. 13 at 5 p.m. in Menard Hall, room 2207.  If you are unable to attend the meeting and are interested in more information, please contact joseph.hoff@llcc.edu or leslie.stalter@llcc.edu.

National Surgical Technologist week is Sept. 21- 27.  Students in the Surgical Technology program celebrated with a potluck. The students each received a gift to commemorate the week as they embark on the start of an exciting new career! 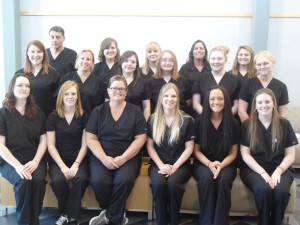 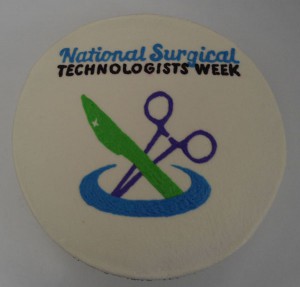 LLCC is presenting a Constitution Day program Wednesday, Sept. 17 at noon entitled “Free Speech Under Fire: Does the First Amendment Apply to Higher Education?” The presentation takes place in the Trutter Center on the Springfield campus.

Presenters for the event are Anthony DiMaggio, Ph.D., LLCC political science assistant professor, and John K. Wilson, co-editor of AcademeBlog.org and editor of Illinois Academe. The presentation includes what the scope of the first amendment is and should be, related to academia, in addition to recent issues concerning academic freedom and free speech.  Read more…

If you have not yet attended a Continuous Quality Improvement training, please sign up for one of the below sessions being offered this school year.  Note: Session A is no longer available.  A list of those who have completed the training can be found HERE.