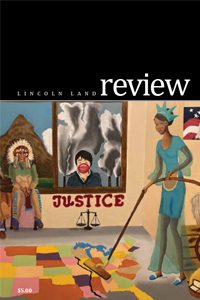 The 2021 Lincoln Land Review is now available. It includes student-produced essays, poetry, fiction and creative non-fiction and artworks from the past year.

Eric Stachera, professor of English, spoke on “The Role of Poetry” at Abraham Lincoln Unitarian Universalist Church in Springfield on April 11.

Laura Anderson, assistant professor of art, and Laurenn York, instructor of Engish, share information on the collaborative opportunity students can enjoy by taking EGL 101 and ART 116 in the spring 2021 semester! Registration is now open. www.llcc.edu/forward

“I’ve had a lot of students working hard to do hard news stories,” said Tim McKenzie, advisor of The Lamp and professor of journalism and humanities. “Our editor, Richard Bailey, has taken a lot of initiative and really done a lot to make The Lamp what it is.”

Typically, the award for Best of Show is given for the best single issue of the student newspaper, but because of limited printing of papers this year, the contest looked at websites. The judge noted that TheLampOnline.com had a lot new content, and it had a lot of hard news, not just opinion and features.

This is the second year in a row that The Lamp has won first place at the fall convention.

The fall conference was held virtually with a keynote speech from the founding editor of Deadspin, Will Leitch. Deadspin, part of Gawker Media, was the world’s largest sports entertainment blog shortly after Leitch’s founding of it. 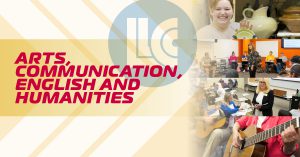 These info sessions are a part of October’s Moving Forward to LLCC events, which include virtual info sessions, a campus cruise and more!

Watch the video below, featuring Tiffany-Anne Elliott and Samuel Barbour. for a look at two of the 12-week LateStart classes students can take beginning Monday, Sept. 21! Eight-week courses begin Oct. 19.

Why take English courses online at LLCC? Let me count the ways! Hear why from two of LLCC’s professors, Ryan Roberts and David Leitner, Ph.D.

The 2020 Lincoln Land Review is now available. It includes student-produced essays, poetry, fiction and creative non-fiction and artworks from the past year.