An LLCC student saved the life of a stranger by freeing him from a vehicle which had flipped into Lake Springfield. Auto Tech student Trevor Clardy required stitches from punching out the windshield, but still made it to Professor Alison Stachera’s class the next day, just a bit late. She reports: “He had never missed a class, but on Monday last week, he was not attending when class started. He walked in about a half-hour later, also unusual. When I saw his hands bandaged, I asked him what had happened. He was very humble, but admitted that he had helped a man out of his submerged truck. Trevor had spent the whole night in the ER in pain, unable to move his hands, but still managed to get to my class Monday morning. That’s dedication.” 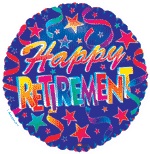 Dick Rogers, automotive professor, is retiring after 31 years at  LLCC. Please join us Thursday, May 4, 2-4 p.m. in the R.H. Stephens Room to celebrate Dick’s time at LLCC and to wish him well in his retirement. 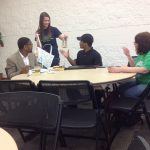 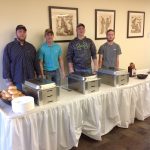 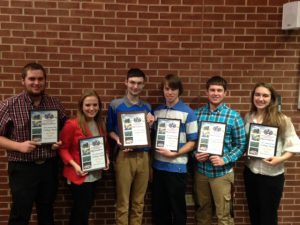 The college bowl team of Matt Talkemeyer, Lauren Bickel, Isaac Cruz, Ethan Keiser, Adrian Austin and Andrew Daniels  won first place out of 10 schools competing. The team stumbled in their first match, losing to Western Illinois University. They then ran the table from the losers bracket, winning six matches in a row.

The teams will now travel to the National PAS Conference in St. Charles, Missouri, in March where they will compete against teams from 18 states. In addition to the teams participating at the conference, Mary Kate Curtin was elected as Illinois PAS vice president for 2017-2018.

LLCC will host the Illinois Postsecondary Agriculture Student competition Friday, Feb. 10, from 10 a.m. to 7 p.m. in the Trutter Center. Several hundred ag students from community colleges across the state will participate. For more information, contact Bill Harmon at 6.2573. 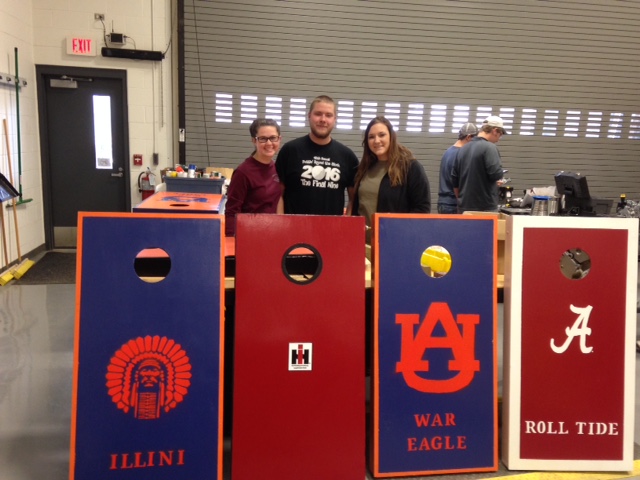 AFO 208 students painted bean bag games sets as a lab activity this semester. The ag program would like to thank the staff and faculty who bought them. We will probably take orders for new sets next fall.

Please welcome to the Springfield campus today students attending an Agriculture Career Expo. The event for high school students interested in agriculture programs is being held in the Trutter Center with two sessions: morning, 9:30-11:30 a.m. and afternoon, noon-2 p.m. Please also note that parking near the Trutter Center will be reserved for bus parking.

Students will learn about programs available and getting started at LLCC; participate in mini lessons in agronomy, ag mechanics, animal science and horticulture; and meet with LLCC’s ag faculty and students in addition to professionals in the field.

Christie Hovey, professor of computer applications, is the co-author of the recently published eBook, “Building a Foundation with Microsoft Office 2016.” Christie noted that what is unique about this book is that it has a “digital first” approach … a “fully interactive eBook that delivers embedded video, bite-sized content, integrated, built-in assessment and more.”