Producers of the PBS program “Illinois Stories” were on campus yesterday preparing an upcoming episode on the new Kreher Agriculture Center. Host Mark McDonald interviewed Dr. Charlotte Warren, president; Bill Harmon, professor of agronomy; and several agriculture students. Other ag students demonstrated various simulators and assisted Craig Beckmier, professor of agriculture, with sheep in the animal science pavilion. Also assisting with the video shoot were Holly Bauman, agriculture program specialist, and Rich Teeter, professor of agriculture. The episode will air sometime in June, and we will announce the date in LincIn when it is set. 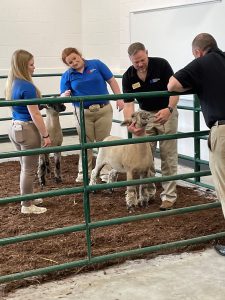 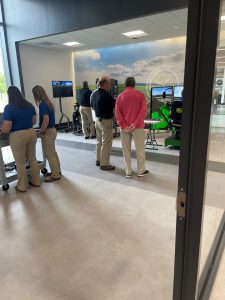 Twenty-eight LLCC Agriculture Club members competed at the Illinois Postsecondary Agriculture Student (PAS) Conference held virtually Feb. 22-25. LLCC then moved on to compete in the virtual National PAS Conference March 15-19 with students from 33 colleges and universities. These contests are designed to test their knowledge and readiness for their future careers. 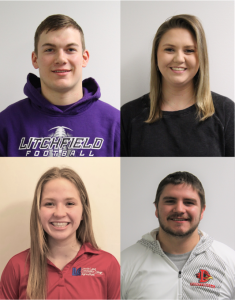 The LLCC college bowl team of Carroll, Brian Kenshol (Mt. Pulaski), Curry, Thomas and Harmon placed third overall at nationals. At the state event, this team, with the addition of Shawn Goebel (Harvel) and Walch, was undefeated in the round robin tourney and won first place for the fifth year in a row.

Bill Harmon, professor of agronomy, spoke to the Springfield Sunshine Rotary yesterday morning about LLCC’s agriculture programs and the growth made possible by the Kreher Farm Perpetual Charitable Trust.

Congratulations to Todd Steinacher, LLCC adjunct instructor, who has been named the statewide winner of the 2020 Illinois Certified Crop Adivser (CCA) Award. Read more on FarmWeekNow.com.

In these times of uncertainty, one thing is guaranteed — we will always need food. One in five jobs in the U.S. involves agriculture. Check out the new Kreher Agriculture Center under construction on campus! 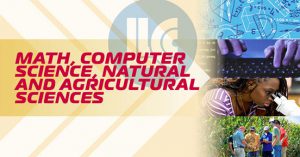 Prospective students are invited to an info session this evening at 5:30 p.m. to learn about programs in LLCC’s Mathematics and Computer Science Department and Natural and Agricultural Sciences Department. Please encourage any prospective students you know to sign up at www.llcc.edu/forward.

These info sessions are a part of October’s Moving Forward to LLCC events, which include virtual info sessions, a campus cruise and more!