A Native American flute concert called “Dragonfly Dreams” will be presented by Paul Van Heuklom Sunday, March 2 as part of the LLCC Recital Series. The performance begins at 4 p.m. in the Trutter Center and is free and open to the public.

LLCC Arts and Humanities Professor Paul Van Heuklom is a member of the Sangamon Valley Flute Circle. Though he views the Native American flute primarily as a meditative and solo instrument, he has performed alone and with others at such diverse venues as the Decatur Lakeside Music and Arts Festival, the Mary Bryant Home for the Blind, Springfield High School Multicultural Festival, the LLCC Multicultural Festival, LLCC’s 2011 and 2012 Recital Series, and the Clinton 4th of July celebration.

The final recital in this year’s series will be Sunday, April 27 featuring Emerald Underground, a Celtic ensemble.

Jennifer Ramm and the River Ramblers will perform Sunday, Feb. 23 as part of the LLCC Recital Series. The 4 p.m. concert is free and open to the public and will be held in the Trutter Center.

Please join us in celebrating International Writing Centers Week Feb. 10-14 by encouraging students to visit the Writing Center and contribute to our story wall for a chance to win a gift certificate to the LLCC Bookstore. 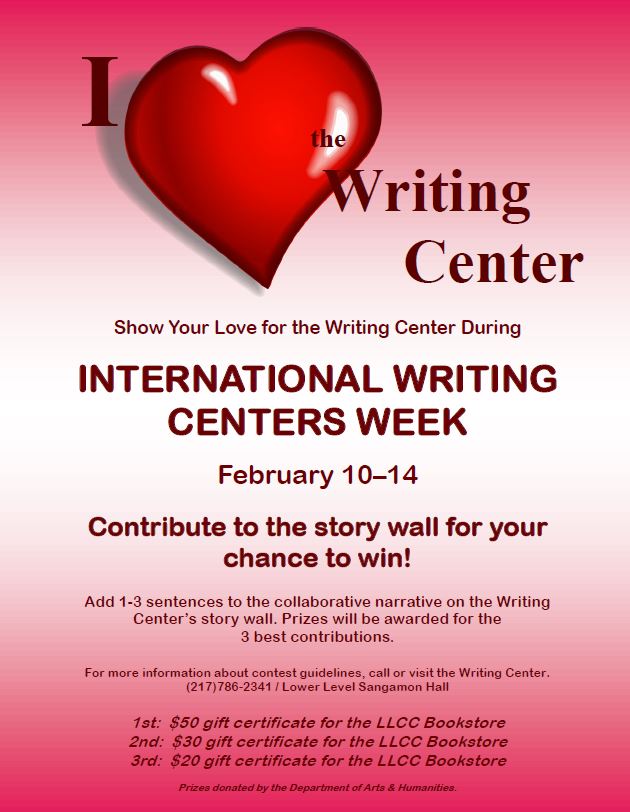 Navigating Form: Book Artists of the Midwest,” a selection of artists’ books from the library’s newly established collection, will be on display in the James S. Murray Gallery Feb. 3-March 6.   Learn more about the exhibit.

You are invited to a gallery reception on Thursday, Feb. 6 at 5:30 p.m. Refreshments will be served, and guests will have the unique opportunity to handle the books on display. 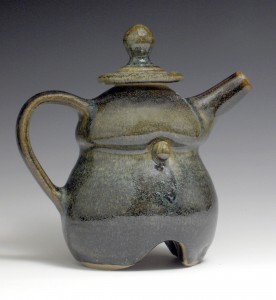 Two pieces of ceramic work by Michelle Coakes, professor of art, have been accepted into a national juried exhibit called “Clay3“.  The exhibit will be held in Warrenville, Ill. west of Chicago  Feb. 28-March 30. Congratulations!

LLCC Theatre’s fresh take on Oscar Wilde’s comedy “The Importance of Being Earnest” opens this weekend with performances on Dec. 6, 7, 13 and 14 at 8 p.m., and Sunday, Dec. 8 at 2 p.m. in the lower level of Sangamon Hall South.  The production, directed by Mark Hardiman, assistant professor of theatre, will explore the world of steampunk by drawing on fashion of the Victorian era. Tickets, at $12 for general admission and $10 for students and seniors, are available at the event ticket window in Menard Hall or by calling 6.2762. 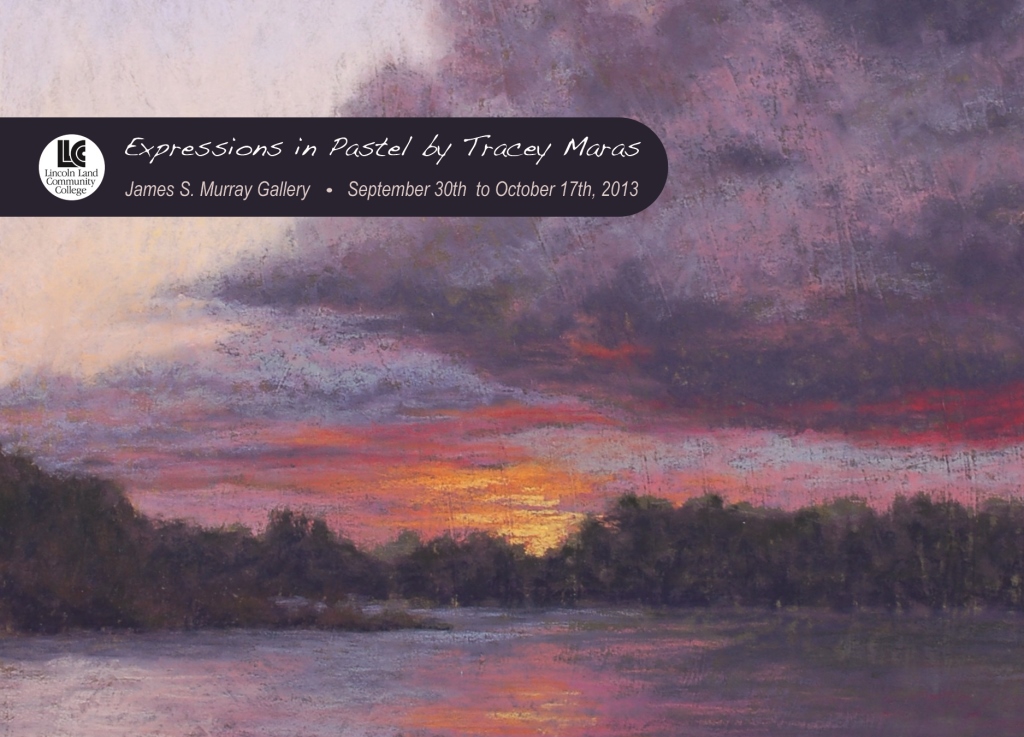 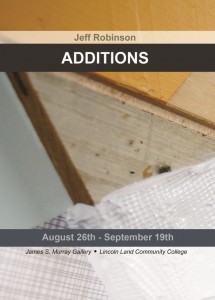 The Lincoln Land Community College James S. Murray Gallery opens the fall season with an exhibit entitled “Additions” by artist and educator Jeff Robinson. The show will run from Aug. 26-Sept. 19 and is open to the public from 8 a.m. to 4 p.m. weekdays. The gallery is located on the upper level of Menard Hall on the Springfield campus.

Jeff Robinson, a central Illinois native, earned an MFA degree from Illinois State University in 2011 and has exhibited locally, regionally and nationally at venues in Illinois, Ohio, Massachusetts and New York. His work has been published in “New American Paintings” and “Manifest Gallery’s International Painting Annual.” In addition to his studio practice, he is a full-time instructor of art at the University of Illinois-Springfield and serves as gallery director for the UIS Visual Arts Gallery.

“I think of my works as assembled paintings, but they are perhaps more properly identified as sculptures born of a planar understanding,” said the artist. “There is a lineage of artists that have long established the interconnection between two-dimensional art forms and the material world. I am interested in extending this conversation. I suggest that a world exists between surface and space. My paintings inhabit this world.”